The Redevelopment of York Street

Seeing the new photos this week showing the excellent progress being made on the construction of Boston United's new Community Stadium at Wyberton brought back memories of the big redevelopment of York Street between 1978 and 1981.

Boston United fans are familiar with the story behind that redevelopment. The club had received a huge body-blow in 1977 when Football League inspectors failed the Ground as being suitable for the Football League, and although United won the Northern Premier League for the 4th time in 1978, runners-up Wigan Athletic were put forward instead and were elected. The United Directors unanimously agreed that this must never happen again, and so commenced the vast undertaking of rebuilding virtually the whole of the York Street Ground.

New fundraising schemes were launched, and the people of Boston got right behind them raising hundreds of thousands of pounds towards the cost. The construction was carried out in stages. First the uncovered terracing with its cinder banking at the Town End was removed in 1978 and during the initial months of 1979 the elevated 2,000 capacity terrace with a cantilever roof took its place. It had cost £200,000. 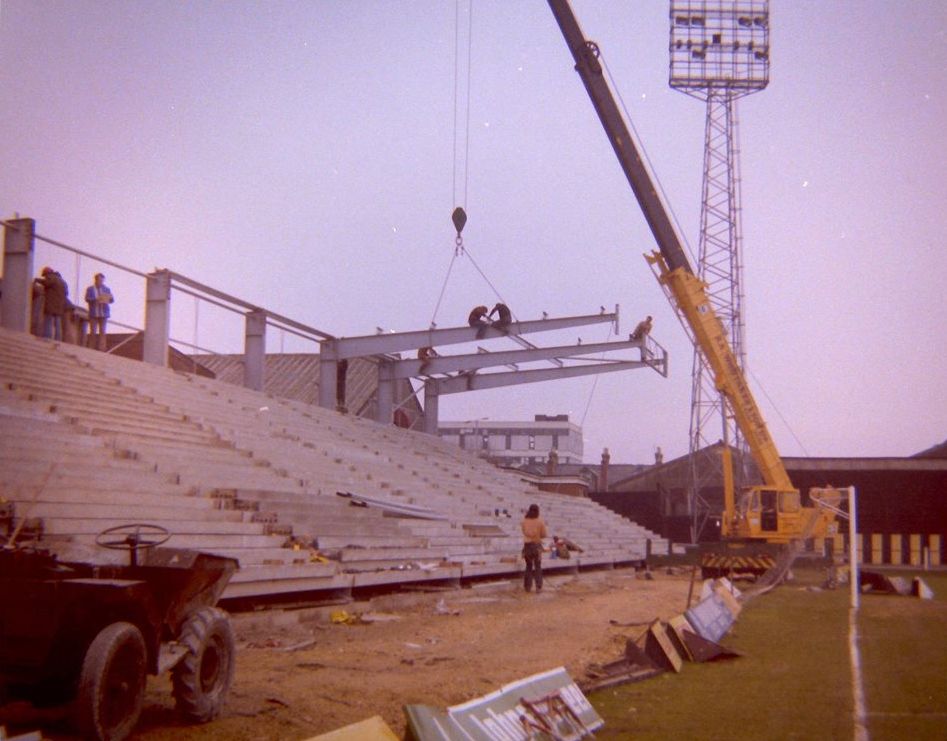 Next the low Popular Side enclosure dating from 1934 along the Spayne Rd side was demolished. It was replaced with the a pitch length covered terrace in keeping with the design of the new Town End. 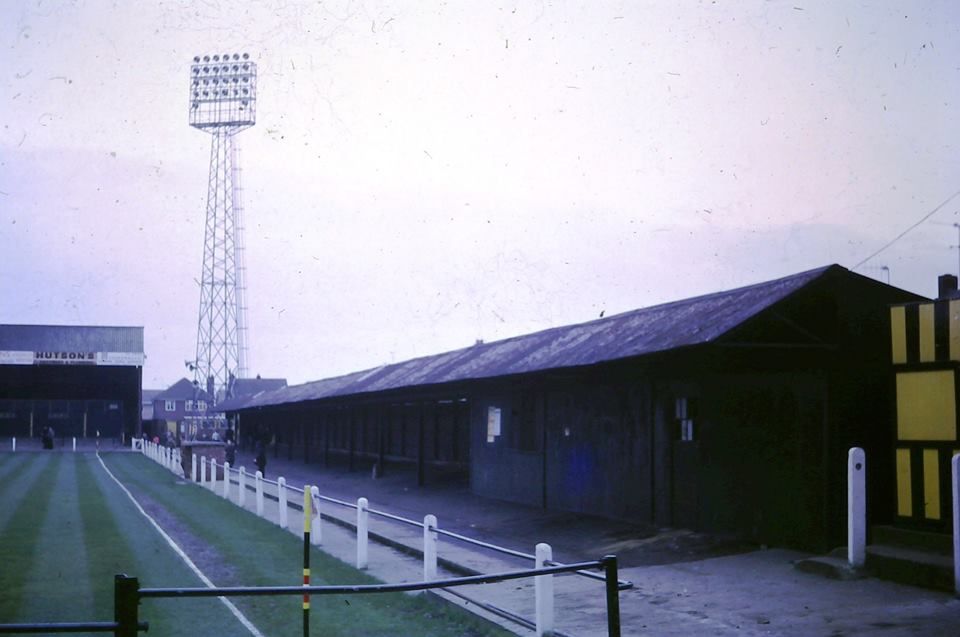 Finally after getting planning permission for a new 1,400 capacity main grandstand, the old main stand was demolished during the summer of 1980. Seating was restricted to the York Street stand during most of the 1980/1 season while the new grandstand was completed, only being partially opened to add 300 extra seats for the FA Cup First Round Proper game against Rotherham. The job was virtually complete for the start of the 1981/2 season with grandstand finished and the addition of new floodlights, toilets, turnstiles and snack bars. York Street was now the superb stadium it still is.

If you would like to see a good set of photographs of the old stands at York Street and the redevelopment construction, then have a look at the nice Public Group on Facebook called the Boston United FC Photo Archive. The Group was set up by Andy Butler a couple of years ago and he encourages people to add any old Boston United photos or scans of memorabilia such as match programmes, posters, newspaper clippings etc. Becky Thompson has added photos from her dad Nick's collection that includes the redevelopment construction works. Comments can be added to the photos and lots of interesting and amusing stories have appeared. For example, on the photo of the old Popular Side stand David Stott has posted: "My friend and fellow Leeds United fan Ian Blackamore painted the black shed walls to the left of the club shop. We did however paint Leeds all over it before finishing it off but it showed. Jim Smith called us to the ground one evening to give us a telling off for doing it as he knew it was us!"

Also, the latest two issues (Nos 97 and 98) of "Groundtastic: The Football Grounds Magazine" contain a two-part history of the ground called "Goodbye York Street". They're well worth a read. Details on www.groundtastic.co.uk.