At The End Of The Lane

On Thursday 1st September 1898, in fine weather, Boston Town opened their new ground in a field on Shodfriars' Lane. They had been unable to use their old field - the Lord Nelson Ground - owing to the refusal of the Town Cricket Club to sublet it to them and consequently it became necessary to obtain another field for play. The new ground in Shodfriars' Lane was therefore obtained and at great expense was levelled to produce a playing venue that was second to none in Boston. The local paper considered that being situated near the Market Place and in the very centre of the town it should be exceedingly popular. For the opening of the new ground a gala programme was arranged and attended by a crowd of between 3,000 and 4,000 people. Entertainment included the band of the 1st L.A.V., an archery competition and a series of races that began with a 120 yards flat race for players of Boston Town that was won by their goalkeeper Richards. Following the gala Boston Town played a match against Basford Rangers which Boston Town won 3-2 with goals from Enderby, Newam (pen) and Charlton.

Boston Town's heyday was in the mid-twenties. They had been playing in the Midland League since just after the First World War. In 1925 they brought the first piece of senior football silverware to the town when they won the Lincs Senior Cup. They also had three great seasons in the Midland League finishing as runners-up in 1924/5 and 1926/7 and in third place in 1925/6. But it was in the FA Cup that they had their greatest triumphs. In 1925/6 they really made a name for themselves, producing Boston's first proper giant killing act - years before United came into existence. In the First Round Proper they beat Midland League rivals Mansfield Town 5-2. Better was to come in the Second Round two weeks later when Bradford Park Avenue - leaders of the Third Division (North) - came to Boston. A crowd of 5,041 watched the game. The Guardian reported "Long before the time of kick-off, people began to assemble, large numbers coming from the surrounding villages, while there were also contingents from Lincoln, Grimsby, Spalding and even a few from Bradford. They witnessed a great victory with Boston winning 1-0. In the next round Boston travelled to First Division giants Sunderland and they came down to earth with a bump - losing 8-1.

After making losses in successive seasons in the early 1930s the club folded in 1933 only for Boston United to be formed as an instant replacement. The ground at Shodfriars' Lane - later renamed as York Street was the club's home until the final match on 1st August 2020 in the National League North Playoff Final.

The first competitive match played by Boston United at the ground was a Lincolnshire League game against Grimsby Town Reserves. Boston lost that match 3-1 in front of 1,544 with Billy Blessed getting the Boston goal. After the match Mr T. H. E. Enderby - the new Boston United chairman addressed the crowd. He said: "It is felt that this is the beginning of a new era in the annals of football in Boston. It has been my custom to move about amongst you on the popular side of the ground, particularly last season, and hear your various opinions. I assure you that we shall endeavour to avoid the criticism that I have heard levelled at the old directorate. The difference between this season and previous seasons is this; that this season the team does not belong to a limited liability company - it is your team."

A total of 651 clean sheets have been obtained.

The biggest Boston United win at the ground is a 12-0 win against Wisbech Reserves on Sat 2nd April 1966 in the United Counties League with goals from Billy Howells; Jimmy Rayner(3); Bobby Baker(3); Howard Swain(2); Jimmy Fell(3). The biggest defeats at the ground are two by 14-0 in the 1964/5 season when United were playing a scratch team in the Boston and District League after almost folding at the end of the previous season. The two big defeats were to Spalding United in the FA Cup and to British Railways in the Boston and District League.

The football ground has hosted many matches where silverware has been at stake. These include the Boston Hospital Cup - most notably a 4-3 win against Aston Villa in May 1946; the Mather Cup - including wins against Sheffield United, Leeds United, Southampton and Derby County; the Northern Premier League Challenge Shield which Boston won at York Street in 1974 beating Wigan Athletic 2-1 and again in 1977 against Scarborough. However, the trophy that Boston United have won more times than any other at Shodfriars Lane / York Street is the Lincs Senior Cup. United have won this cup thirteen times at cup finals at their own ground. 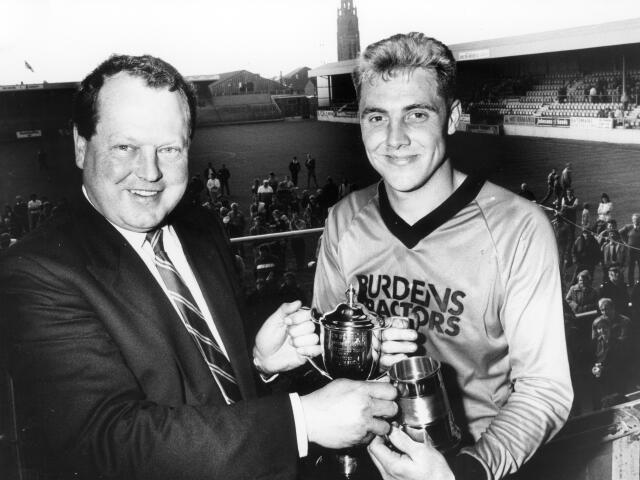 More than 1,000 players have pulled on a Boston United shirt at the ground over the years. Two players are way ahead of the others when it comes to total appearances there. Billy Howells turned out 296 times over 11 seasons (scoring 16 goals) between 1965 and 1976. His total was eventually beaten by goalkeeper Paul Bastock who finished with 349 appearances over 14 seasons between 1992 and 2011. 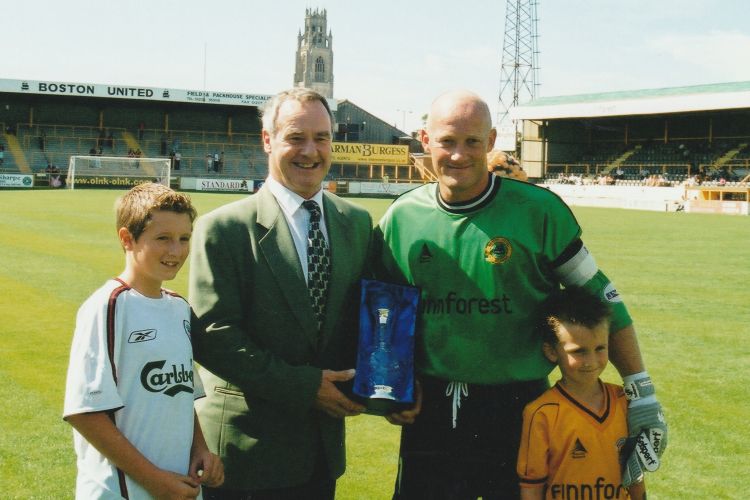 Top attendances are quite difficult to determine as in pre-war seasons a gate figure in money was often given rather than the number of people and in the 1970s gates were often not reported at all. So it's not possible to give a definitive figure for the biggest attendance at York Street. It could have been the FA Cup match against Derby County in 1974 which was reported as being "at capacity" which at the time was 11,000, but some sources have given a figure as low as 8,000. Another contender is the first floodlit game at the club in 1955 which initially reported a gate of over 11,000 but this figure was revised down a week later to 9,345 after some double counting was uncovered. That meant the match against Peterborough United in the Midland League five days after the Corby game could well be the top home attendance with a figure of 9,656. The top home attendance in Boston's spell in the Football League was 6,445 for the match against Lincoln City in February 2005. In fact every season Boston were in the Football League the top home attendance came when Lincoln City visited. In total since 1933 I have estimated that the turnstiles have clicked over almost five million times.

The final match at the ground was the 1-0 defeat to Altrincham in the National League North Playoff Final on 1st August 2020.