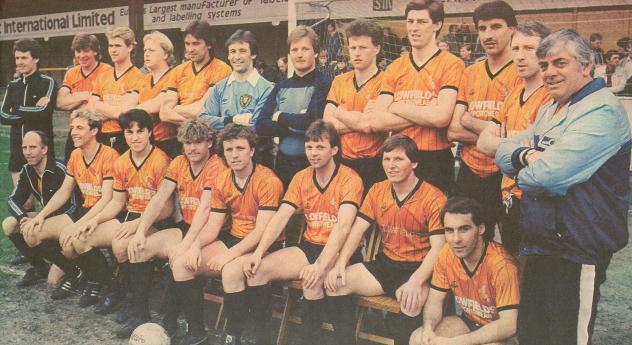 In the FA Trophy final the Pilgrims went down fighting to clear favourites and Gola League Champions Wealdstone in front of a big crowd at Wembley. They had a disasterous start when Wealdstone's Andy GRAHAM scored with an overhead kick from a corner after just two minutes. Wealdstone totally dominated the first half and looked certain to go further ahead when Ray O'Brien conceded a penalty after using his hand to stop a header going into the net. But Kevin Blackwell in the Boston goal guessed correctly and was able to deflect the spot kick for a corner. With shots raining in from all angles the Pilgrim's luck couldn't last much longer and Wealdstone finally did add another goal when Lee HOLMES headed in a corner on the half hour. The second half was a different story. After just four minutes Chris COOK ran onto a punt forward by Paul Casey and lobbed the ball over Iles in the Wealdstone goal. Despite doing all the pressing the equaliser failed to materialise. Dave Gilbert did get the ball in the net seven minutes from time but it was ruled out for offside. Wealdstone managed to hold on and completed their League and Trophy double.

The team that season was under the control of player manager Arthur Mann. They had started their Gola League campaign well, moving to fourth place in the table. But with their minds on the FA Trophy, the team started dropping points in the League and eventually finished in 17th place.